I just got back from a week in South Florida. The main purpose of the trip was to visit my wife's Aunt in Miami Beach, lay on the beach and to eat cuban food, but we also went down to Key Largo for the weekend to stay at her Aunt's boyfriends place for a few nights. I was able to get out for a whole day with Quiescence Diving on their small boat on Saturday. Both morning and afternoon trips were up north away from the crowds on the Elbow Reef system. While not as fishy as the Molasses area down south, it was still great. We saw some morays, nurse sharks, one eagle ray, lots game fish (permit, jacks, barracuda etc..) and all the usual snappers, wrasse and other common residents. Quiescence was fantastic, and runs a couple smaller 6 pack boats. There was a guide on the morning dives that my buddy and I loosely followed because she was on a hunt for minnow bait balls (successfully too!). The afternoon dives were just me and one of their interns, with a father/son team in the water doing their own thing. We explored an old shallow wreck and some elkhorn coral stands on the first dive, and then spent the second drifting over a flat barren section of reef that periodically had canyons cutting through completely full of nice corals and tons of fish hiding under ledges. It was really nice to have some independent, laid back boat diving that is tough to find on the usual warm water cattle boats full of vacation divers.

A couple days later I signed up for a 2 tank dive with Horizon Diving on the USCG Duane wreck. This is a big and deep coast guard cutter sank in 140 ft of water known for attracting lots of sharks and big fish. Unfortunately we went out in a thunder and lightning storm that stubbornly refused to blow through as predicted. We did get in the water for the first dive, and my instabuddy (who was a solid tec diver luckily) was hell bent on being the first to hit every swim through before everyone else silted out the rooms. While it was kinda cool, all the swimming trying not to loose him resulted in about 18 min of bottom time (on an AL80) before the tanks got low and we had to head up. I never got the opportunity to get relaxed and watch the cool fish that I briefly saw while going all Michael Phelps to the next cutout. Also, the nasty storm had reduced visibility to about 20- 30 ft even at depth so if there were any sharks circling we sure didn't see them. After surfacing, the seas were boiling pretty good and they wisely called the second dive and headed in. In the fun of packing up I also managed to loose my nice Hollis mask which was just now starting to get broken in

Between the trip price, nitrox and replacing my mask this was easily the most expensive 30 minutes of bubble blowing I"ve ever had! I'm pretty sure though that it's just a part of the sport

Also adding insult to injury (not really!) as soon as I got down on the wreck and turned my camera on, my screen said "check battery" and refused to work even though the battery was fresh. As soon as it got back to land of course it worked just fine....

Luckily I was able to quickly salvage the terrible day by drinking a beer and eating some delicious Publix key lime pie before heading back to Miami for one last day of beach time. All that being said, even though the amount of diving was small and the weather was not on my side, it was still a fantastic time and I can't wait to get back down there again. 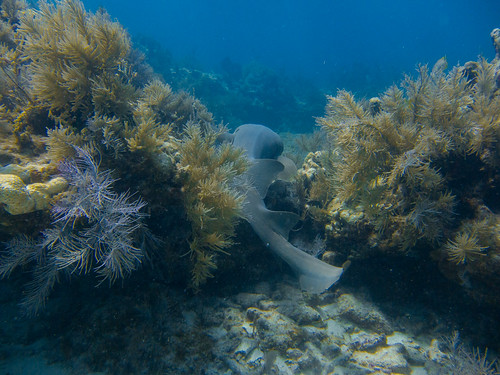 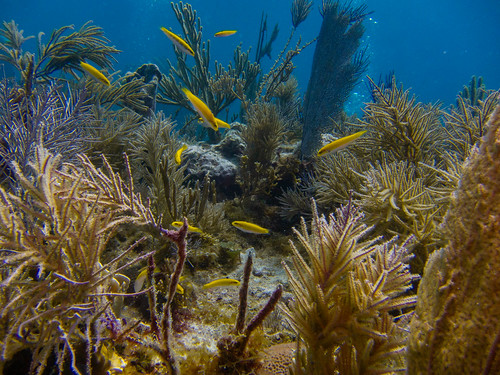 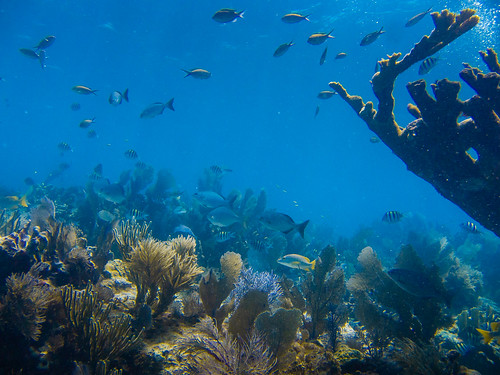 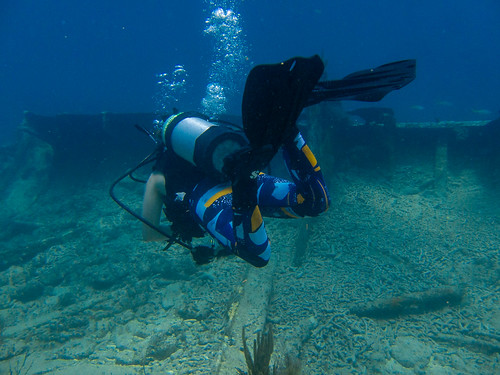 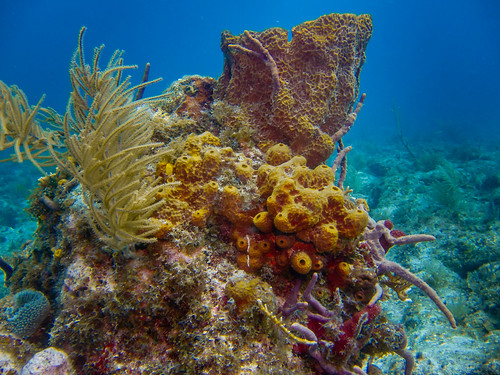 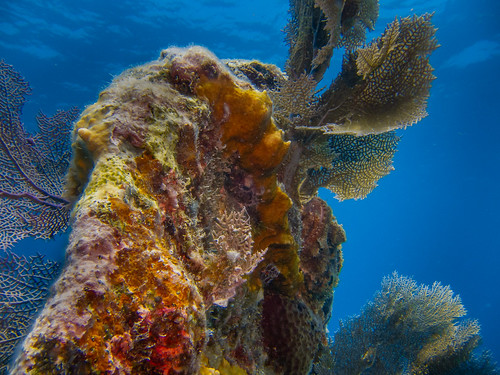 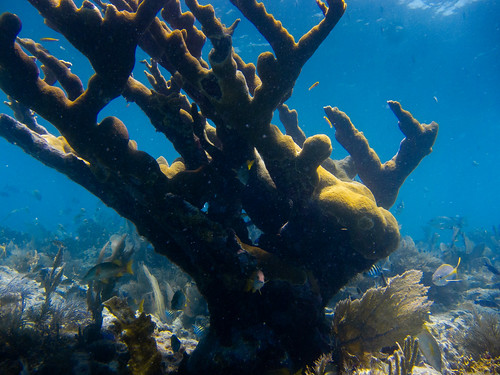 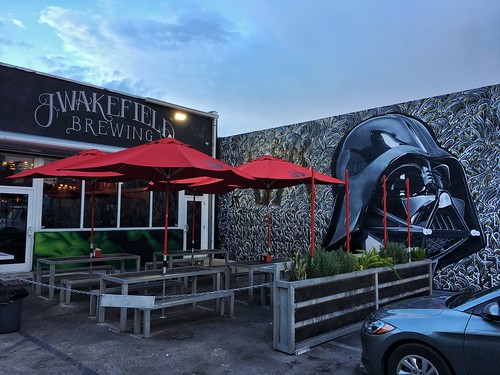 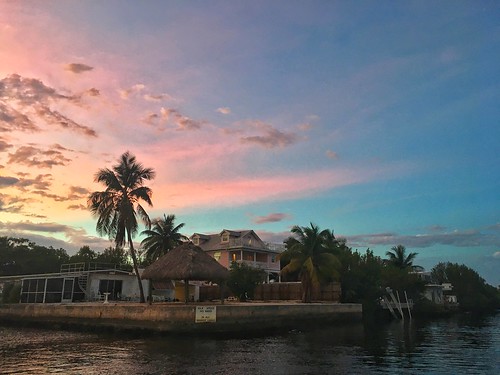 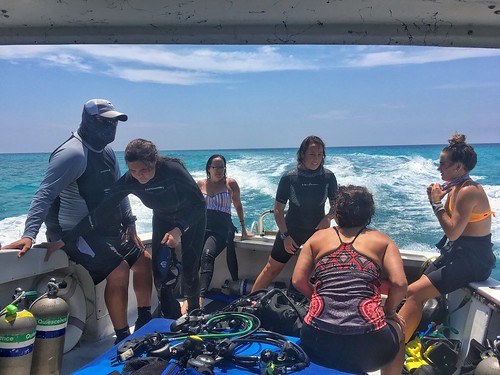 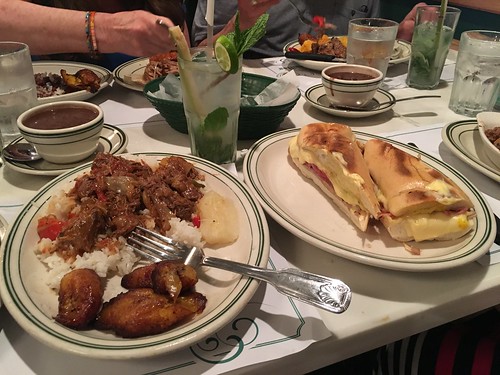 I dove with Quiescence back in March when I was down in SE Florida for a business meeting. We went our to Elbow Reef, too, and had a great time. Just curious if the guide you followed was Alexa? We dove with her and chatted with her about diving up here in the PNW. She is apparently from Oregon and has been up here diving with Seattle Dive Tours in the past.

Yes! She said she used to come up to Cove 2 and Redondo to dive when she was at school. She was really nice along with everyone else there.
Party underwater
Top
Post Reply
3 posts • Page 1 of 1