Long dive report ahead – you have been warned!

Iceland is an amazing place! Nestled between Greenland and Norway, and a bit NE of the UK in the North Atlantic, Iceland has a rugged beauty found in few places on earth. It owes its existence in part to volcanic activity astride two continental plates, and it is truly a land of fire and ice. You should go sometime!

Thanks to their national airline Icelandair connections are convenient and plentiful. The ideal (besides being independently wealthy and hanging out there for a month) would be one week stopovers on your travels to Europe, which you can do without any extra costs on the ticket. Which… if you ever go that route, is a very good thing, because besides being amazing, Iceland is EXPENSIVE! If you have to ask, you probably can’t afford it, but I’m just trying to save you a bit of sticker shock.

For divers, Silfra is a bucket list dive, (see my report on this site). But if you’re like me and push a bit, and discover the right connections, there is other diving to be had here as well. There is a dive community, shore diving, and with the right guides, time of year, weather permitting, and a bit of work there is the possibility of expedition dives up north and around the island.

I only had a couple days to dive, so asked my guide Hedin Olaffson of diveiceland.com to pick a spot we could dive weather and conditions permitting. If you’ve researched Iceland, then Gardur is one of those names close to town that is mentioned. Because I’m a critter guy that likes to take pics I wanted to do a couple dives in the ocean. Silfra is gorgeous, but other than the occasional lost trout it is pretty barren of aquatic life.

Consulting with Hedin, we eventually decided to try Gardur. Being on a rock in the middle of the North Atlantic, weather is a huge factor in whether or not a site is diveable. It was windy and conditions were “iffy”, but the prediction was that it would slow down so we decided to give it a whirl.

Gardur is a long pier a few minutes from the airport. You can walk in (LONG swim), or jump off the end of the dock and climb back up via narrow iron stairs built into the concrete pier. We pulled up and the wind was blowing and the seas were jumping… current going one way and the wind the other. 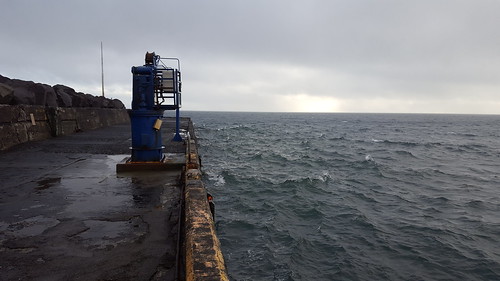 It was rainy, dark, cloudy, and cold – typical Winter PNW diving! Been there, done that, and as long as I wasn’t going to get carried away into the open ocean by current I was good! 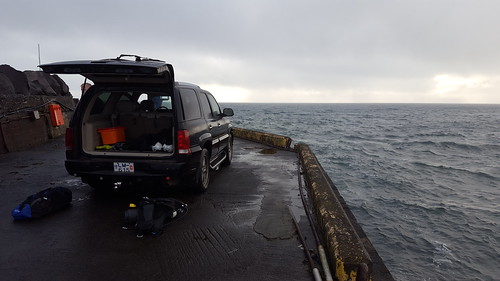 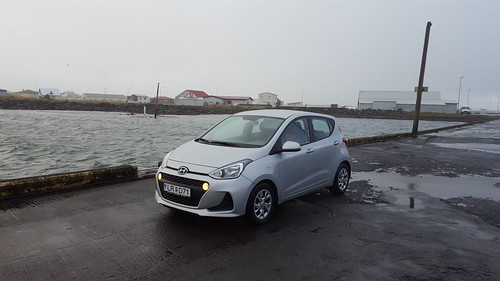 Hedin asked if I was OK with it, and I said that as long as he was game I was in, so we geared up and walked off the side of the dock, about a 12’ drop because of the tide. Depth at the end of the dock is about 30 fsw depending on the tide, and we dropped into a school of cod. Visibility was variable, 15’ to 30’ depending. 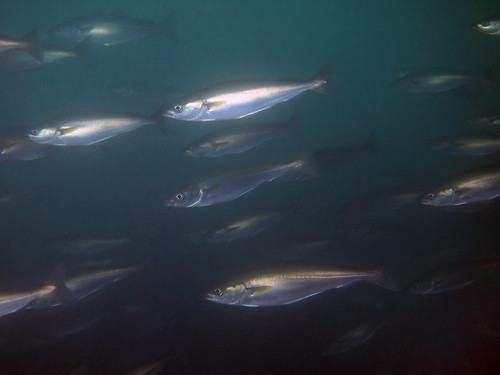 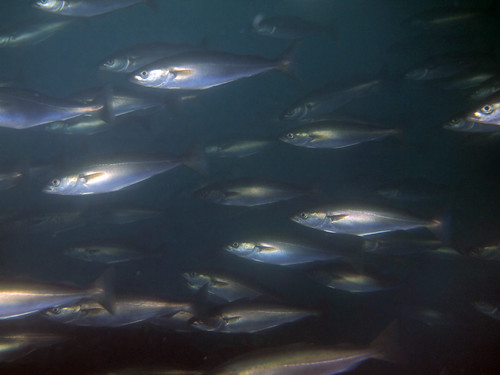 While we do have a culture of underwater hunting here in Salish Sea, my impression is that the general community of divers is larger than those in the community who hunt underwater. In both Denmark & Iceland it is quite the opposite. Many see no other reason to dive, which can have an effect on fish populations at least at local sites – but more on that later.

The first thing I noticed besides the kelp and algae was a gorgeous bright orange soft coral. There was a bunch of it, and it really brightened up the underwater vista. 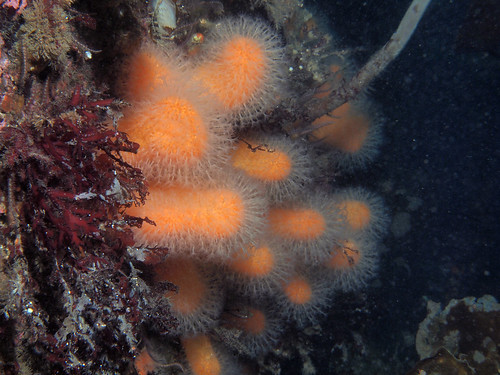 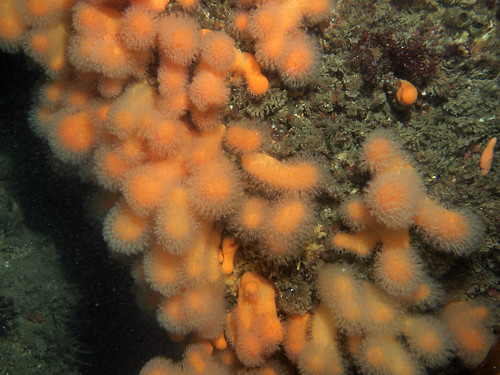 Urchins, snails, sea squirts, the occasional small starfish, and fishing lures were the main sea life we saw in the kelp. 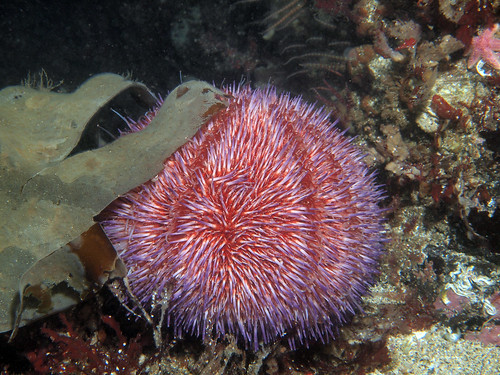 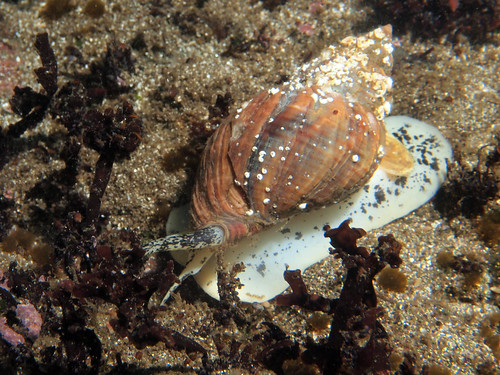 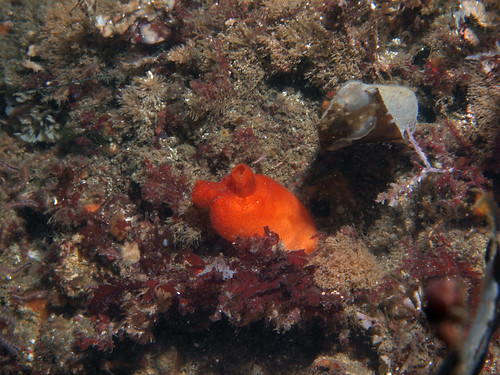 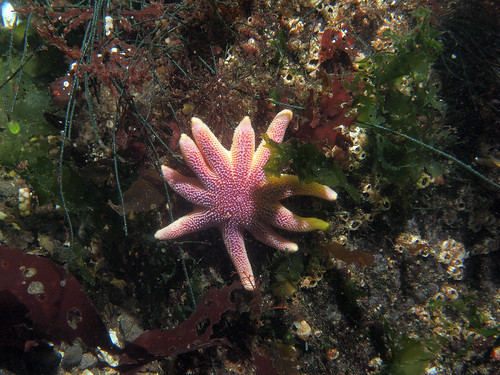 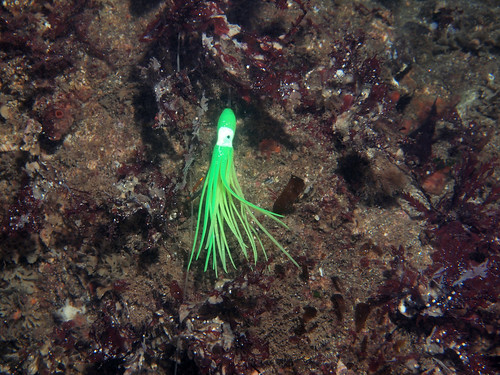 There were also quite a few hermit crab, and if you looked close there were Brittle Stars as well. 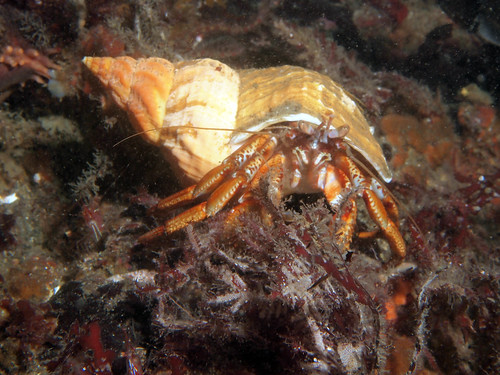 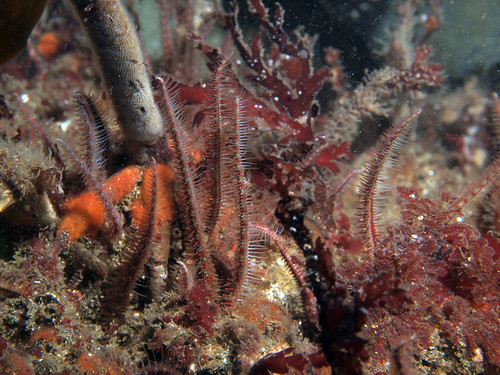 I did not have the opportunity or resources to acquaint myself with the various species that live here, and REEF does not yet survey this part of the world, so I don’t have the names of the many Flatfish that were here. There were rock “islands”, surrounded by sand flats, and the Flatfish were everywhere, some quite colorful! 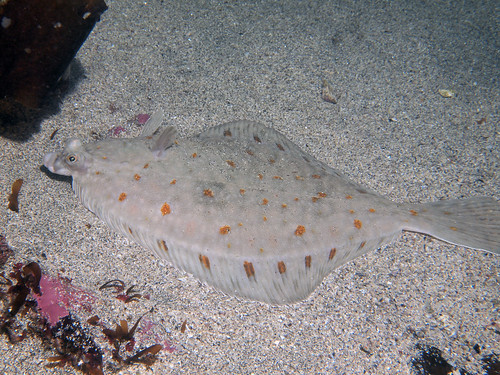 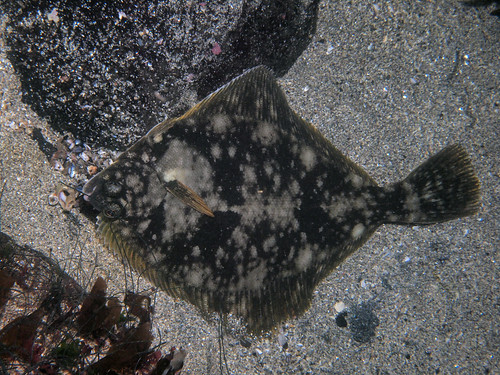 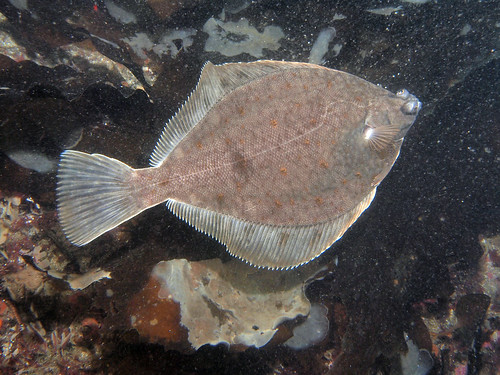 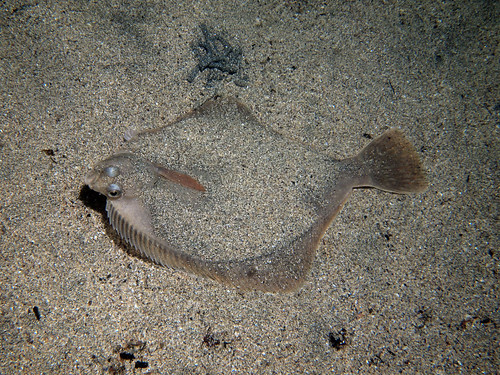 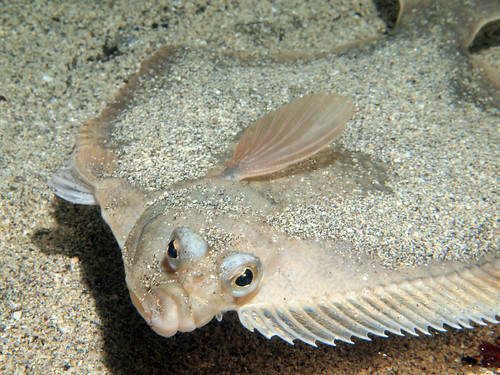 We did two dives here, 50 to 55 minutes each, and in the process got to tour the site pretty well. Very enjoyable, and a great taste of the local ocean diving, although at what the dives cost I wouldn’t do a bunch of these. But I did get to experience ocean diving in Iceland, and perhaps next trip can get some guided dives at some more pristine sites on the island.

So, finally, here is my one and only Nudi for the trip to Iceland. Looks kind of like a species of Clown Dorid, although I have not yet identified it. 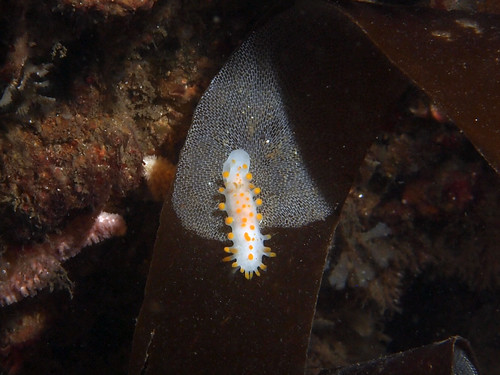 Congratulations if you made it this far, and thanks for reading!
More Pics Than You Have Time To Look AT
"Anyone who thinks this place is over moderated is bat-crazy anarchist." -Ben, Airsix
"Warning: No dive masters are going to be there, Just a bunch of old fat guys taking pictures of fish." -Bassman
Top

Re: Iceland - Gardur in September

Did you see any of the lumpsuckers at Gardur? They grow BIG there!

There is actually a commercial fishery for lumpsuckers.

Re: Iceland - Gardur in September

60south wrote:Did you see any of the lumpsuckers at Gardur? They grow BIG there!

There is actually a commercial fishery for lumpsuckers.

No, darn it it, although not for lack of looking! I did see what is probably the same species at an aquarium in Denmark that has predominantly North Sea species. They are big, and can I say it... ugly! Our little guys are cute little buggers by comparison!

Can't imagine what they would use them for in industry?!?!
More Pics Than You Have Time To Look AT
"Anyone who thinks this place is over moderated is bat-crazy anarchist." -Ben, Airsix
"Warning: No dive masters are going to be there, Just a bunch of old fat guys taking pictures of fish." -Bassman
Top
Post Reply
3 posts • Page 1 of 1