Tell us your tale of coming nose-to-nose with a 6 gill [--this big--], or about your vacation to turquoise warm waters. Share your adventures here!
Post Reply
6 posts • Page 1 of 1

Last Saturday I was buddy-less for joining the in-crowd under the bridge, but luckily I convinced my friend Austin to come out of self-imposed retirement to take advantage of the good Keystone tide. The gale warning wasn't exactly great news, but I hoped that the jetty would protect the area enough from the west winds to make the diving bearable. Even though the wind was blowing dust, loose gear and some waaaaay too cool #vanlife bros around the parking lot (they came out long enough to declare "topside conditions are too gnarly, we're going to call it"), the water was calm and pleasant looking. Unfortunately the flood current brought a brown plume of mud from the windward beach erosion right into the area, which we watched swirl around in the eddy behind the jetty. We had ok vis on the first jetty dive, and no current to speak of which allowed exploration out and around the end. The second dive at the pilings was at the tail end of the flood and the vis was suffering (less than 10 ft, couldn't see adjacent pilings), but the critters were out and the ebb calmly started allowing for a nice drift west along the rope. Trip highlights were piles of Cockerell's Dorids on the jetty with spring fever and an umbrella crab. We also saw lots of mating rock crabs and helmet crabs. Along the rope there were still lots of 3 Lined Aeolids munching on hydroids, so there was plenty to see even in the murk. After we surfaced, the parking lot suddenly filled up with the bridge crew who had been skunked by 3 ft vis and wind. It sounds like they lucked out with the ebb flushing some clean water into the area opening up the vis a bit. 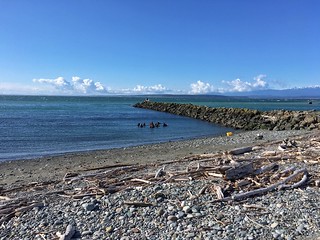 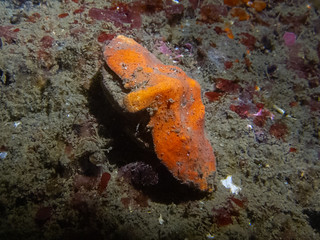 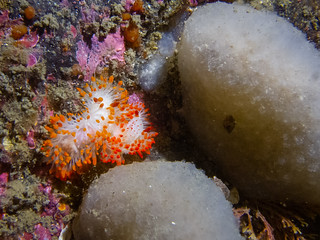 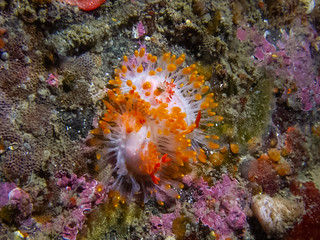 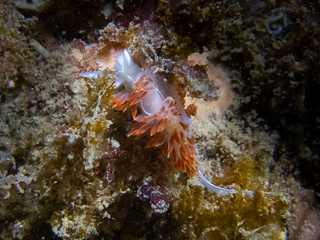 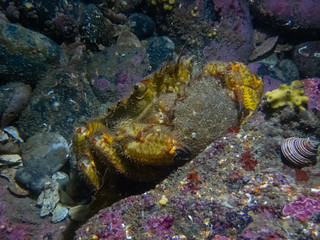 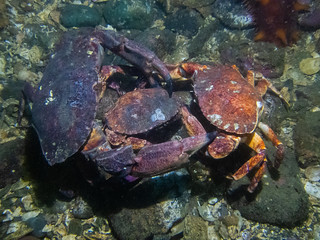 Great snaps!!! It was so nice to see you! Hope we can dive soon!

Good crab shots!
All underwater photographs of mine are posted at http://www.dereksinger.com
@dereksingerphotography on Instagram
Top 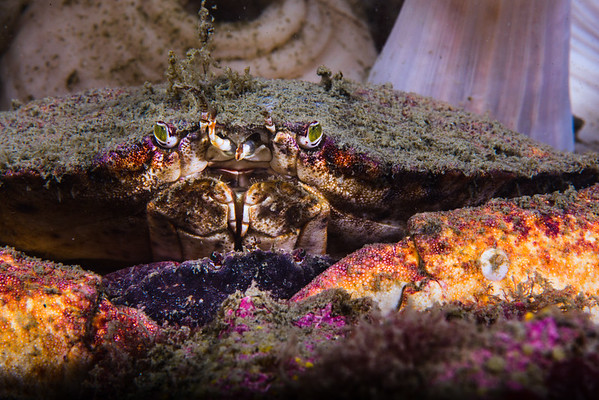 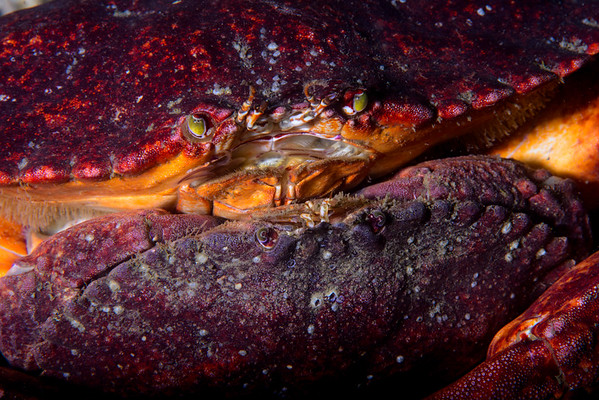 All underwater photographs of mine are posted at http://www.dereksinger.com
@dereksingerphotography on Instagram
Top

Like the colors and pics! So glad you guys shared them! Was a fun day!!
Top

Good running into you guys out there, and glad you all made good decisions beforehand....! Hopefully you had a nice redemption dive. Derekcs, those are some cool shots!
Party underwater
Top
Post Reply
6 posts • Page 1 of 1