Not many time I do two dives on the same day, last Sunday the tides were just right to lure me out to do just that.
Keystone Jetty is becoming much more colorful lately, thanks partially to Orange Social Ascidians... It was a busy Labor Day Monday at Keystone. Some of the critters I met on my dive there... 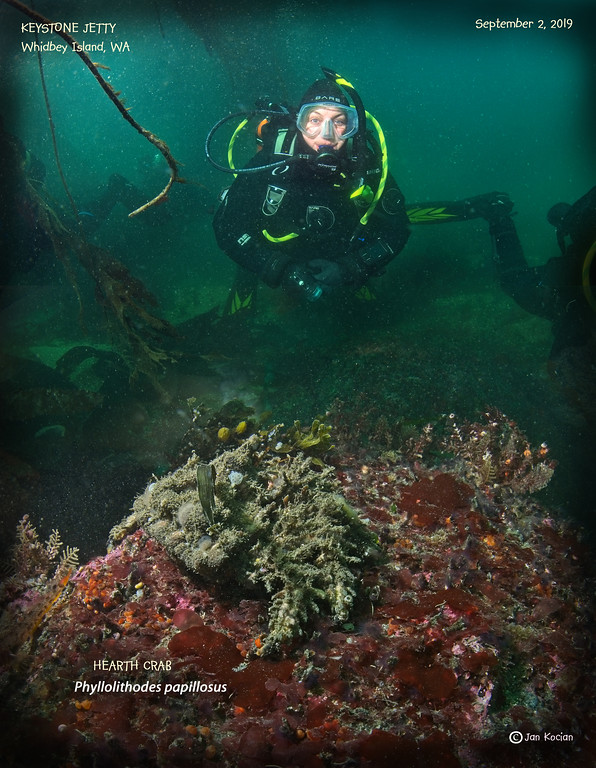 More from the Labor Day dive at Keystone Jetty:

Feeling sluggish on this Thursday morning? Here are some associates from DP... Of course, visit to Skyline would not be complete without a juvenile Wolf eel ... 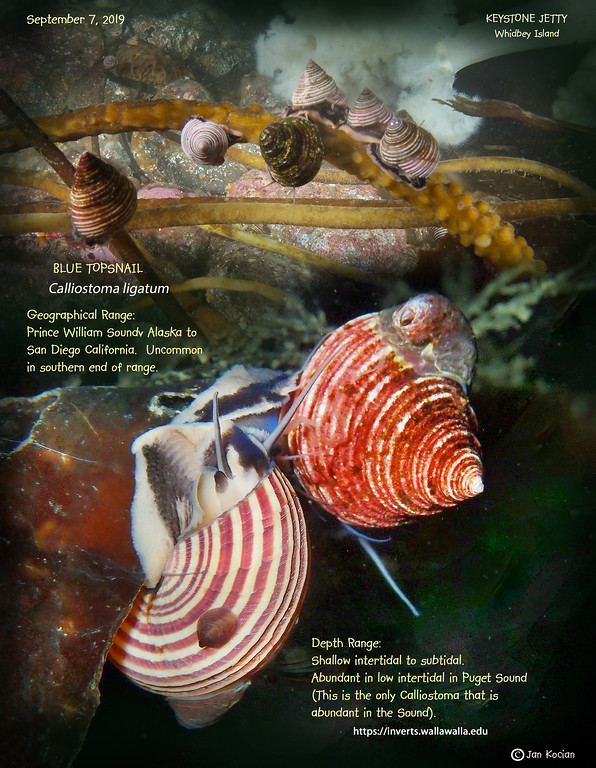 Well, it sure didn't take long. The identifying game is getting harder and more confusing by the day. It used to be the domain of common names, thanks to the advances in DNA and other research, the scientific one joined the circus. Thanks to a note from a fellow diver and underwater photographer (thank you Merry Passage), another change in the taxonomy, Janolus fuscus is no longer the correct scientific name, please welcome Antiopella fusca.

cool new name! Thanks for the update Jan. Also great pics as always!!!

Possession Point dive - the rest of the story. Some fish and some invertebrates ...

Saturday at Keystone. Little bit windy and overcast above, but underwater quite nice.

What we do on our dives ? We look for critters

I wonder if love for the Kelp Greenlings blossoms in the fall?
On this dive they ignored my intrusion into their space and let me click away... I have to admit, they present quite a glamorous pair.

First time to find the Orange (in this case in red color) Feather Duster worm out in the open. Usually I see only their crown which quickly disappears underground when it detects my presence.

Thanks, after all these years seeing only the top portion, now I saw the rest of it. Why it was exposed like this, I have no idea.
http://JanKocian.smugmug.com
Top

Lined Compound Ascidian mystery. How each tunicate colony manages to acquire colors so different from its neighbor, filtering the same water ?

Deception Pass, Saturday September 21st. I was the only one going underwater,however, plenty of fishermen on the shore or idling back and forth in small boats hoping to hook a salmon or two... It was overcast when I got in, sun peeked out when I exited 50 minutes later. Leak in my drysuit cut my dive short...

Seaweed, Algae is also part of the Deception Pass underwater scene. Not so exciting to explore and photograph, but nevertheless, plays its role in the larger picture.... And some of it, you can eat.

Langley September 24, 2019.
Langley Harbor was the place on Whidbey Island where sea stars were present in large numbers, even during the height of the wasting episode.
But instead of thousands spread out in the large area of seawall, tire reef, rock piles and sandy plain with a floating dock above, supplying a plenty of food in the form of mussels raining down to the delight of crabs and some sea stars, I am guessing the count is down to hundreds.
Mottled stars being hit most noticeably. Ochre stars too are present in much lesser numbers. Leather stars are now present here in larger numbers that ever, they were really scarce here in the past.
The water data from nearby Penn Cove Mussel Farm are not updated since August 5th. I think the pictures from the three localities in span of few months show how much different the harbor now looks, as far as the sea star population is concerned. I still find few baby stars here and there, but overall, it is depressing. Not a single Sunflower star found. Wasting syndrome still present. :(

Not everything in Langley Harbor is doom and gloom...