vjw, nwdivegirl, and I headed out to Sund Rock on Sunday.

We started off on the south wall. At ~75 feet, there is a GPO on eggs, but most of the eggs seem to have hatched and all I could see was an arm. 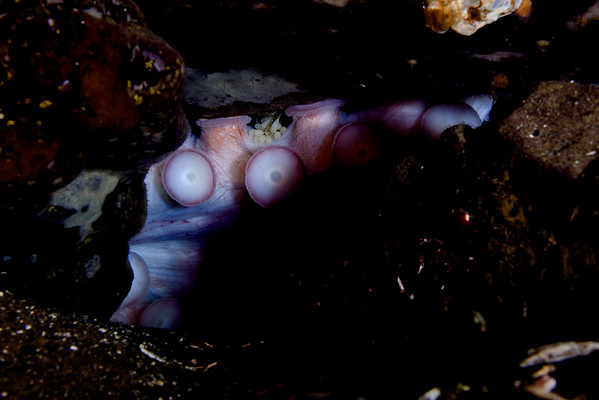 Just above her, however, there was another big healthy GPO, who eventually got tired of me and my strobes. He slowly unfurled himself and started to reach out for my camera with the tip of an arm. At that point, I decided to back away lest I lose a strobe like nwdivegirl did the previous week (to the same octo?). 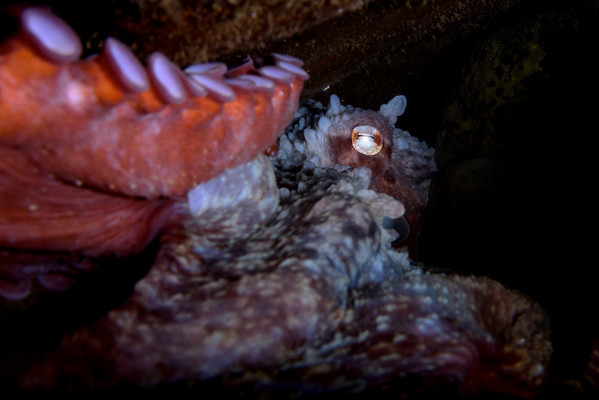 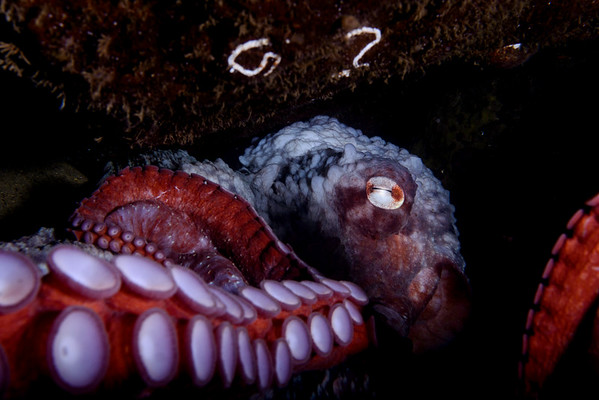 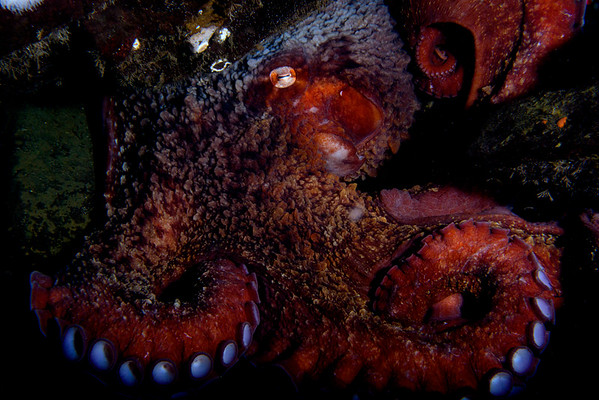 About halfway through the first dive, the sun finally came out. From there, we were pretty much just finding various wolf eels.

We did the second dive on the north wall. I saw two mated pairs and three individuals, including one who was swimming out in the open. Could swear I've seen that same one with the buck teeth that lays on its side in the same exact spot for at least the last 3+ years. And fairly certain I saw one of the mated pairs in the same spot in 2018. 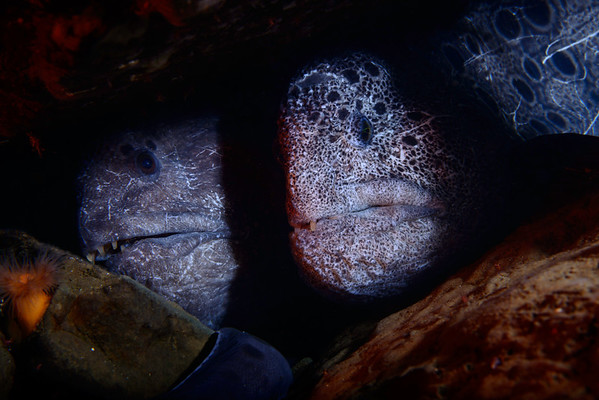 Really fun dives. Well worth the trip out there.
All underwater photographs of mine are posted at http://www.dereksinger.com
@dereksingerphotography on Instagram
Top

Really like the lighting in your pics, derekcs. Thanks nwdivegirl for being an excellent guide and pointing out the exact location of the octopus on eggs! So glad we went!!