I snuck down early Easter Sunday morning for a quarantine dive at Skyline before anyone else woke up. I noticed a sign by the parking lot that said a female elephant seal was in the area molting. 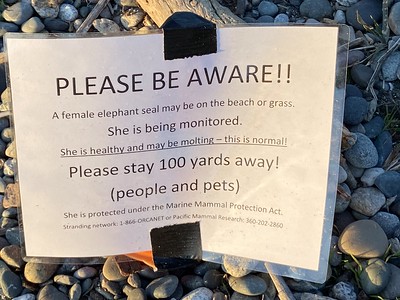 I checked the area and didn't see anything, so we proceeded to gear up. 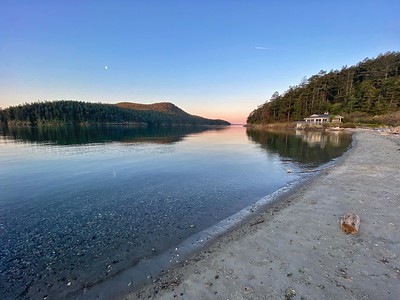 After the drysuit was zipped and the keys were buried, I saw the top of a head of what I thought was a deer or someone's dog behind some bushes on the other side of the fence. I walked around to look and there was the seal out in the park lawn! 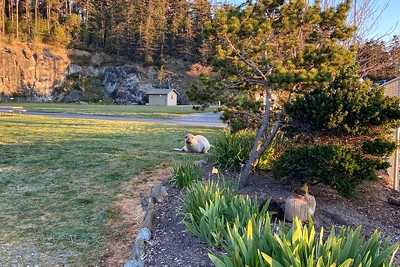 Since we were suited up already we went to grab our gear and get in the water before we disturbed her, but apparently elephant seals are quite interested in divers and she wormed her way towards us to check on things. 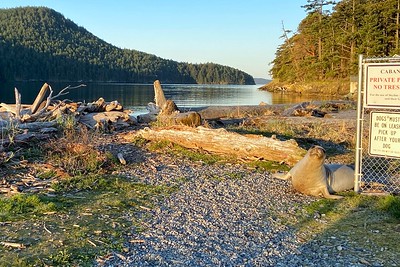 Since we weren't able to do a traditional buddy check on land before we got in the water Matt talked her in to helping us out! 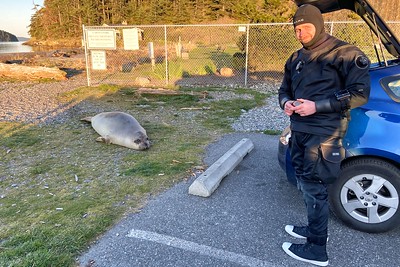 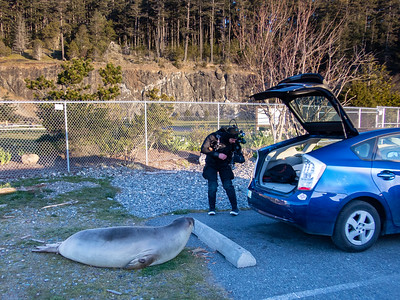 *Full disclaimer, we were by absolutely no means trying to interact with her and would have preferred to maintain the 100 yd separation! However when you are dealing with 80 lbs of scuba gear and don't have access to car keys we thought that quickly grabbing our stuff and heading to the water would have been the best option for all parties. Unfortunately her curiosity made that tough and they are a bit quicker on land then we realized

After the dive she had moved her way down to the intersection near the boat launch and was out in the street sunning herself. The entire Anacortes police department then showed up (not much happening on Easter Sunday this year) and were trying to get her back to the beach using a wooden pallet. A local resident who was at the beach when we got out said that she was part of a family that has taken up residence around Deception Pass, and she had done the same thing in 2019.
https://www.goskagit.com/anacortes/news ... 129b5.html
https://anacortesnow.com/news/police-be ... ril-3-2020
Party underwater
Top

Use a tarp held between two people. Hold it high. The size of the thing intimidates the seals, and bulls will [often] back off when something is bigger/taller than themselves.
Top

What a fun surprise! Thanks for sharing the photos.
All underwater photographs of mine are posted at http://www.dereksinger.com
@dereksingerphotography on Instagram
Top

I love this report! So glad you got to dive and had such adorable shore support!!

Wow!
What a wonderful experience.
Thanks for sharing.
Kirsten
"Let's go diving!"
Top

AArron filmed the same seal about a week ago ...... agent47 here on the board..he Posted a short video of his encounter
NWDC Rule #2 Pictures Or it didn't Happen
Top
Post Reply
6 posts • Page 1 of 1